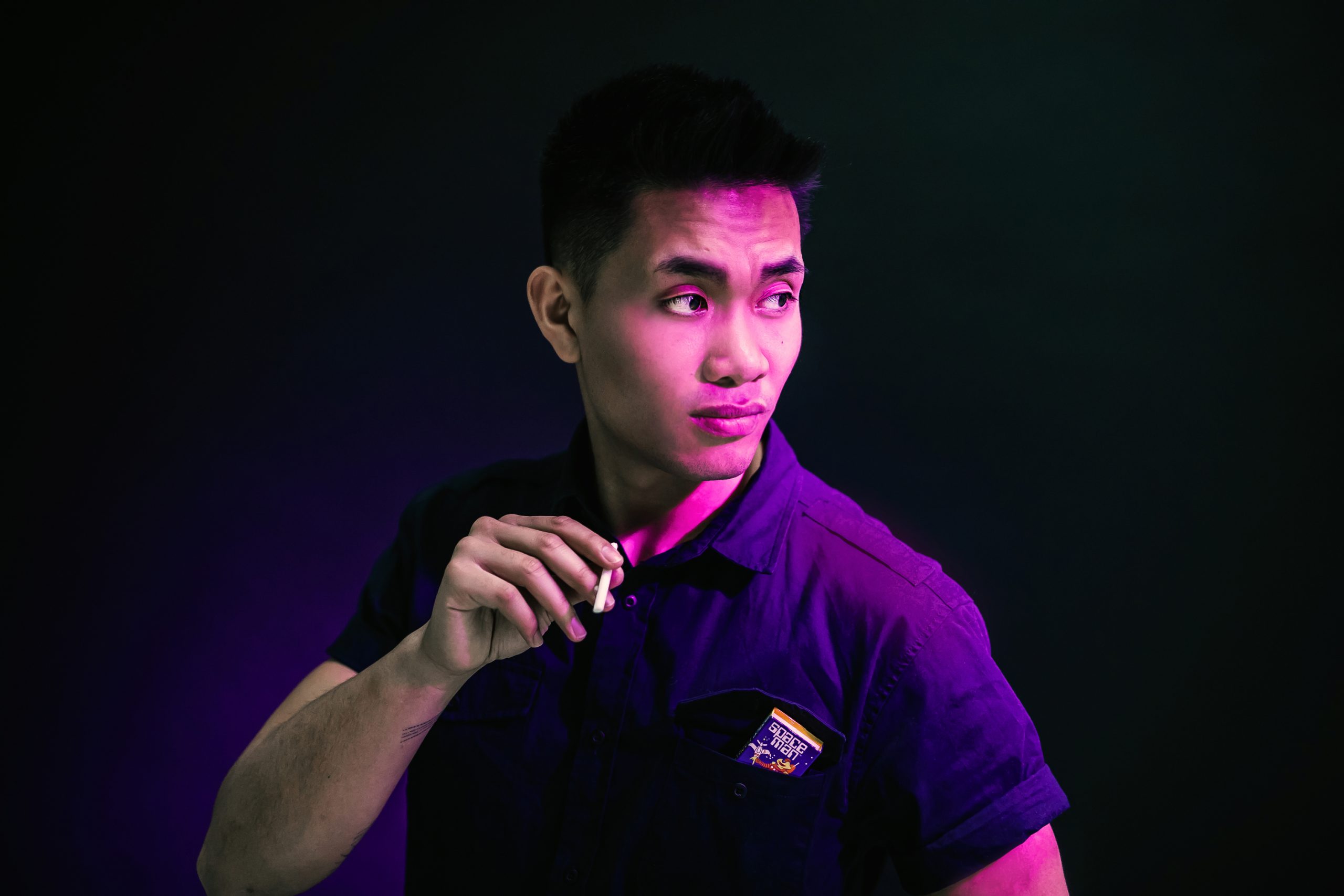 “…to put it simply, I owe most (if not all) of my professional development to The NZ International Comedy Festival. Without it, I would not have the skills that enable me to consistently be employed in the industry today. I believe it is vital that it continue to develop emerging comedians.”
– James Roque

James Roque began his comedy career in 2009 as part of Class Comedians, a programme run by the NZ Comedy Trust to develop emerging talent. In 2012 he put on his first show in the Festival, a lineup with Eli Mathewson and Edith Poor. The following year he was nominated for Best Newcomer for his solo show James Roque is a Chicken?!
Since then his career has taken off, with TV appearances on Jono and Ben, AotearoHA: Driving Stories, Week in Five and 7 Days. He also garnered critical acclaim for his show Legal Alien, which debuted in the Melbourne International Comedy Festival in 2018. Roque’s journey to becoming a household name increased in 2019, when he was nominated for the Fred Award for his show Boy Mestizo. This show was performed to sold-out audiences across Australasia.

In addition to his thriving solo career, James is also co-founder of Proudly Asian Theatre, a theatre company dedicated to showcasing Asian-NZ stories on our stages, and one third of sketch comedy group Frickin Dangerous Bro. FDB, in which Roque performs alongside Pax Assadi and Jamaine Ross, was nominated for the Fred Award in 2018.